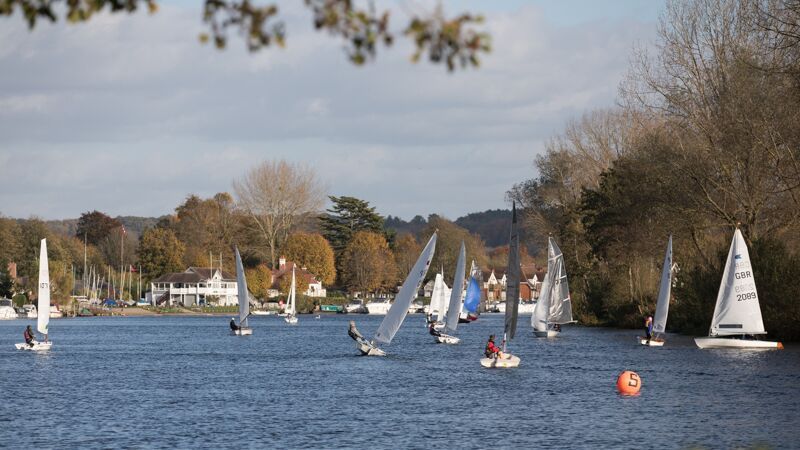 Yesterday (29th October) saw the End of Season Dhow races run in fair conditions, with a Northerly breeze of about 6-8 knots and wall-to-wall sunshine for the afternoon. Seventeen entries were on the race sheet at the start, although several retired before the end of the race, and the gun came out for the first four finishers as it was a special occasion!

A course was set to the top end of Spade Oak Meadow, with a Short mark below the Brewer's to create a loop and a bit of a beat, before heading back to the club to complete the lap. Three laps took the front-runners a little over an hour and a half to complete, with pleasing comments afterwards from the competitors about the course and length of the race.

Martin and Margaretha sailing Quiver won the CPN race, and Ollie sailing the Meadowcroft Aero won the PHC version. The trophies will be presented at prize-giving on Sunday.

My thanks go to the members of I-Team, Simon Eddison, Lucy Heminsley, and Alex Pausey, who made the afternoon run smoothly, and to Bruce James, who helped in the race box recording roundings, finishing times, and loaded the pistol, ready for the leading boats at the finish line.

Thanks are also due to all those who competed. It was great to see so many entries for these important trophies!