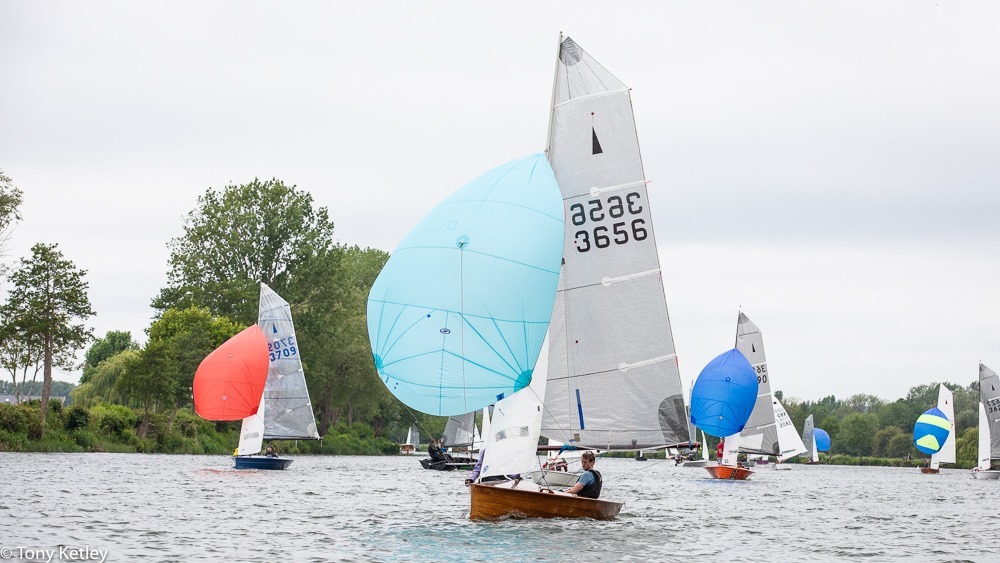 The Merlin Rocket is the ultimate hiking dinghy for two people. It has been refined over 70 years of development and is now an extremely modern class providing excellent racing throughout the UK. At 14ft by 7ft 2ins, the modern boats are very wide compared to other classes, giving maximum righting moment when hiking, without needing a trapeze.

The earlier hull shapes were much narrower, when river sailing was a priority and many of these narrower boats are sailed at UTSC. Mainsail shapes are very distinctive, with a long top batten giving extra area high up. The rules allow for different sail plans but most new boats since the early 1990s have opted for what has become more or less a class 'standard'. A large symmetric spinnaker gives exciting reaches and allows running too - an important consideration at Upper Thames where asymmetrics find it difficult to operate.

Merlins perform extremely well on the river at UTSC with many of the club competitions regularly won by Merlin crews. Each year the club hosts a Merlin Open weekend with vintage boats racing on the Saturday and more modern designs taking part on the Sunday. UTSC regularly hosts the national Silver Tiller Opens where many of the UK's leading Merlin crews will come to race at the club. During Bourne End Week the Merlin fleet competes over three days for the National River Championships and this will see over 20 Merlins on the starts. In 2016 Upper Thames hosted the Merlin Rocket 70 th anniversary celebration weekend (we also hosted the 50th and 60th), which saw many of the fleet's past champions taking part in a weekend of racing and socialising.

Upper Thames has a large and active Merlin Rocket Fleet with a with range of abilities and many of the Merlins are sailed by ever changing combinations of family members. 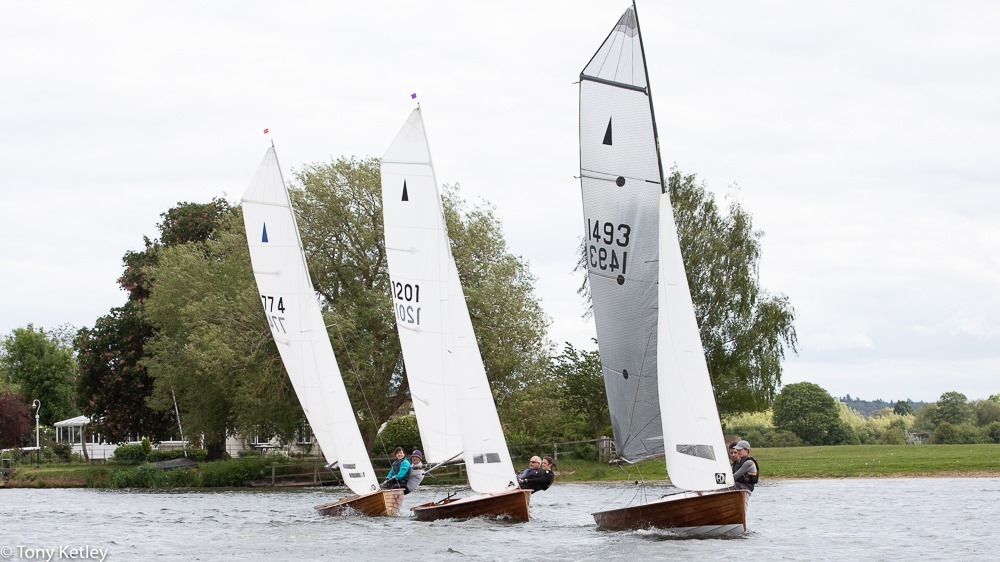