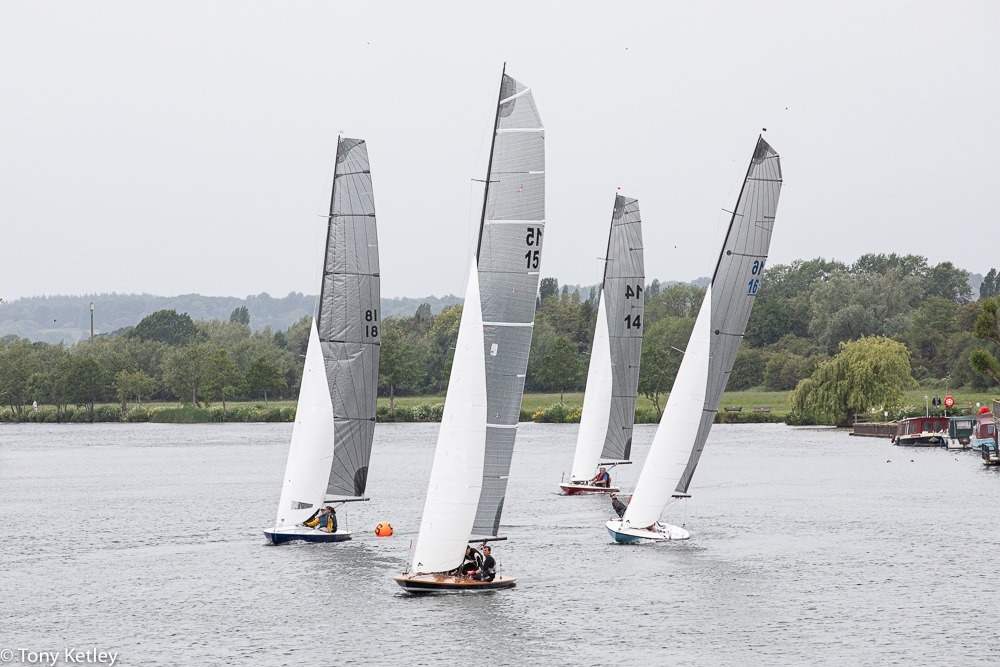 The Thames A Rater is one of the oldest boat classes still racing and is unique to the River Thames. The rating rule was adopted nationally in 1887 as the design for racing yachts of all sizes both inland and at sea. A boat's rating was calculated by multiplying the waterline length by the sail area and dividing by 6,000. This simple rule gave considerable scope to designers by way of rig, sail area, length and construction. To be a Thames A Rater a boat must have a rating of between .75 and 1 on this measurement and be sailed by a crew of three, but apart from that almost anything goes. Photographs of the early boats can be seen in the clubhouse. They were lugsail rigged; later this was replaced by gunter and in the 1920s by Bermudan. Much larger boats of up to 40 rating were built for sailing on the sea.

There are now twelve wooden boats of which eleven were built before WW1, ten GRP and one carbon-fibre. The oldest is Ulva built in 1898. Sail numbers below 14 are random and do not indicate built sequence whereas later ones do. No two boats, even from the same mould, are identical but typically the overall length is 26' with a 16' waterline. Wooden boats carry 385 sqft of sail and the newer ones 350 sqft which reduces the need for handicapping. Masts, usually carbon, are about 43' tall and the mainsail is fully battened. The result is a boat which is stunning to look at, huge fun to sail and very quick. There is nothing faster or more enjoyable on the river.

Bourne End Week regatta is the main event of the year. Here the principal race is for the Queen's Cup presented by Queen Victoria in 1893 and the only Royal Cup given to an inland sailing club. The Thames Champion Cup originated in 1887 to celebrate Queen Victoria's jubilee, and is run over eight races, some of which are also races for other cups. The usual turnout is between twelve and sixteen boats. Another popular event is the Three Rivers Race run on the Broads by Horning SC in which up to six boats participate.

The following is a collection of clips of Raters sailing at UTSC (note that there is no audio). With many thanks to Clive Hughes.... 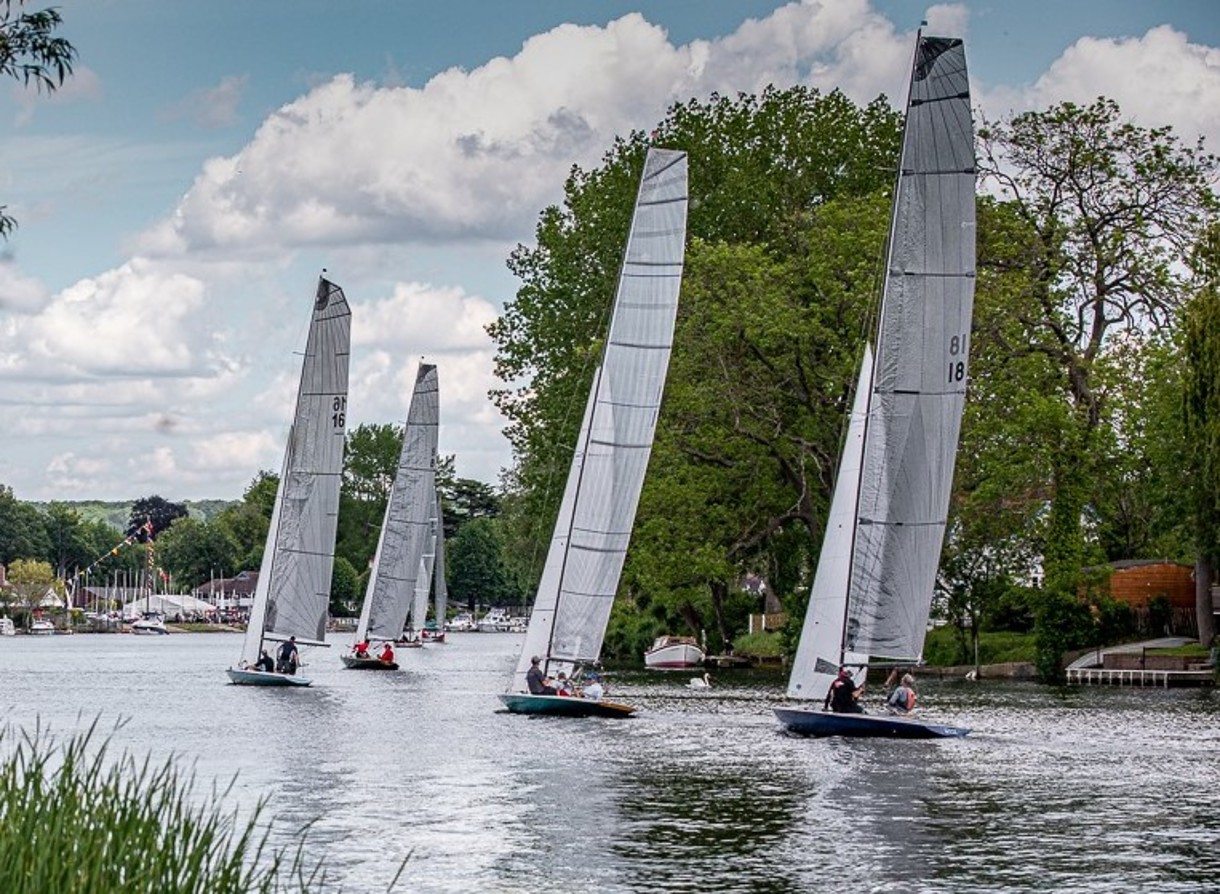