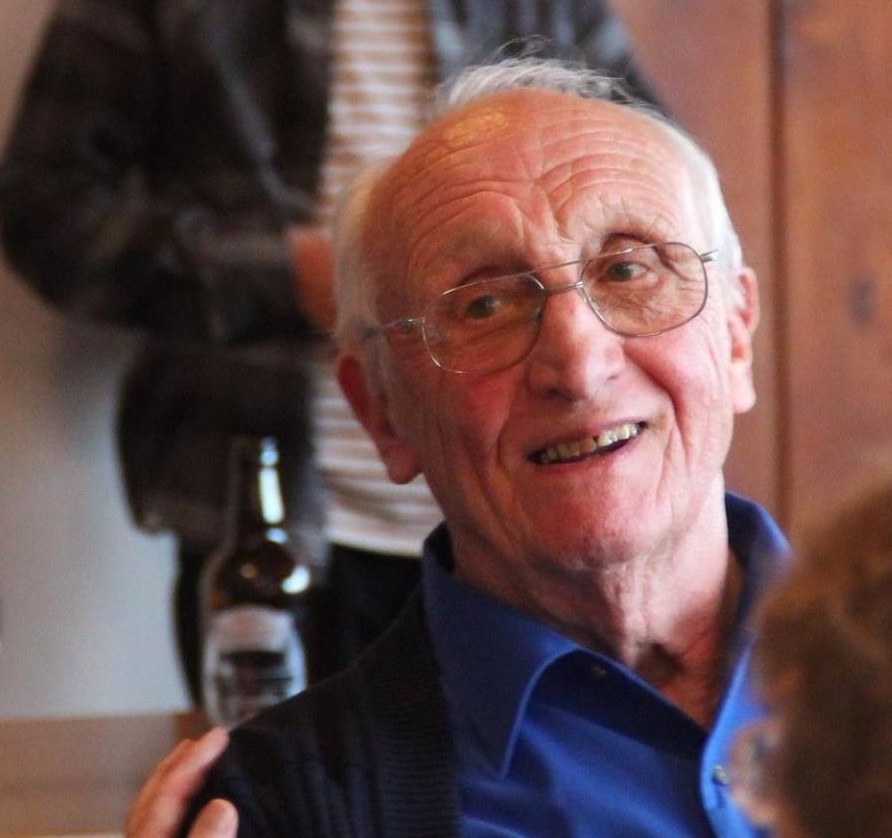 It is with great sadness that I have to inform you that Hector Morris died on Monday 24th May. Hector was a long standing and very active member of the club. He joined with his wife Jenny and daughter Sarah back in the 1970s, and was a keen racing member, sailing Wayfarer 1337 Hermes, for many years.

He was also the club treasurer for an extensive period of time before becoming Caroline's Flag Man for Wednesday evening racing. In 2019, he provided the cadets with the trophy Garvin's Gift, which is awarded to the cadet recording the highest number of starts in all Club races.

In 2019 Hector Morris was awarded a prestigious Lifetime Commitment Award from the RYA in recognition of his commitment to Upper Thames Sailing Club. He joined UTSC in 1975 as an active sailor in the Wayfarer fleet and served as Treasurer for over 10 years. For 23 years, his services on the Wednesday night race team helped build the popularity of the club's mid-week sailing and he was instrumental in putting a training programme in place for the children of members. He is pictured at an event in 2018 which celebrated his retirement from the Wednesday night team.

When Hector felt his active sailing days were over, he sold his beloved wooden Wayfarer and bought three Toppers for the club cadets. Those first club boats began a process that culminated in the annual Junior Bourne End Week which sees 80 youngsters enjoying sailing on the Thames. Hector has always enjoyed seeing sailors develop and evolve and his contribution to them and the well-being of the club has been immense.

I will keep you informed of the funeral arrangements, and would like to offer our sincere condolences to the family at this time.